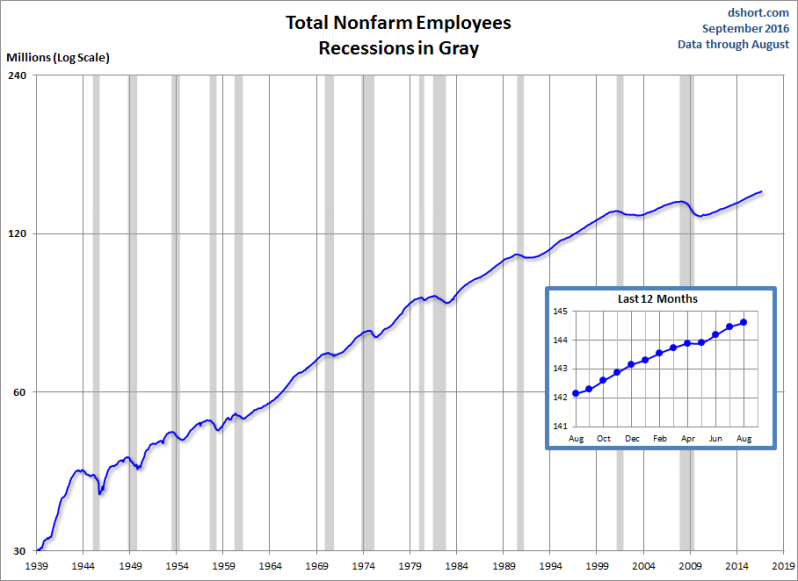 The Bureau of Labor Statistics (BLS) reported today that  151,000 jobs created were created in the last month and the unemployment rate stands at 4.9%. The revisions for July and June showed a total loss of just 1,000 jobs. http://www.bls.gov/  Payroll employment increases by 151,000 in August.

My 2016 economic prediction for employment was that there would be a decline in the monthly job creation numbers and GDP as the cycle matured.. So far that has been the right call for 2016.

A closer look at the data for the cycle shows why job growth should be slowing down. Fewer prime age workers at the end of this cycle means slower job growth. T long term job growth, once adjusted to demographics, look right on trend.

Prime age labor force growth peaked in 2007 and then declined. Currently it is slowly growing again. 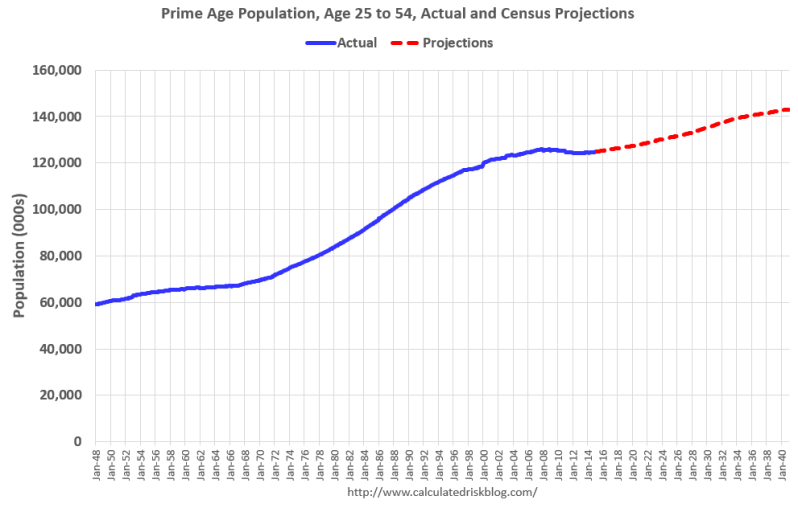 Better demographics are  the one major advantage America has over a lot countries in the world. 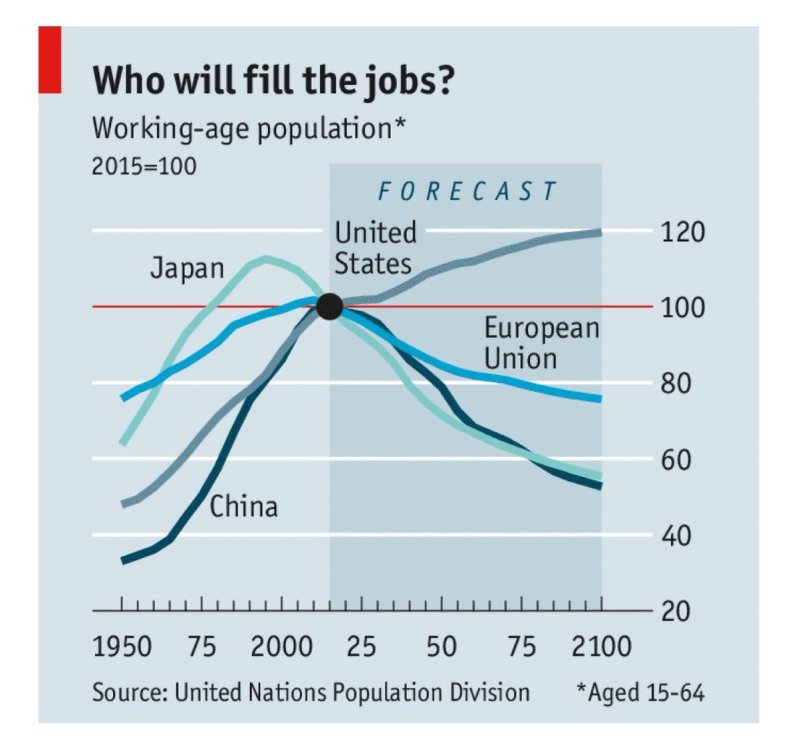 In the current economic cycle, we have experienced the longest monthly job creation print ever in U.S. history, as shown in this graphic of the data.

71… As in 71 consecutive months of job growth, by far the longest streak in history. #payrolls 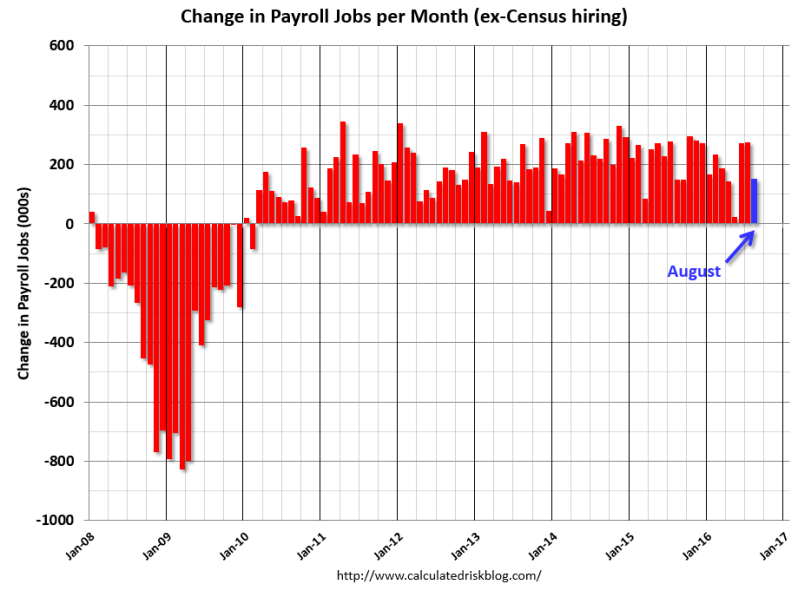 Unemployment claims are very low in this cycle and historically. 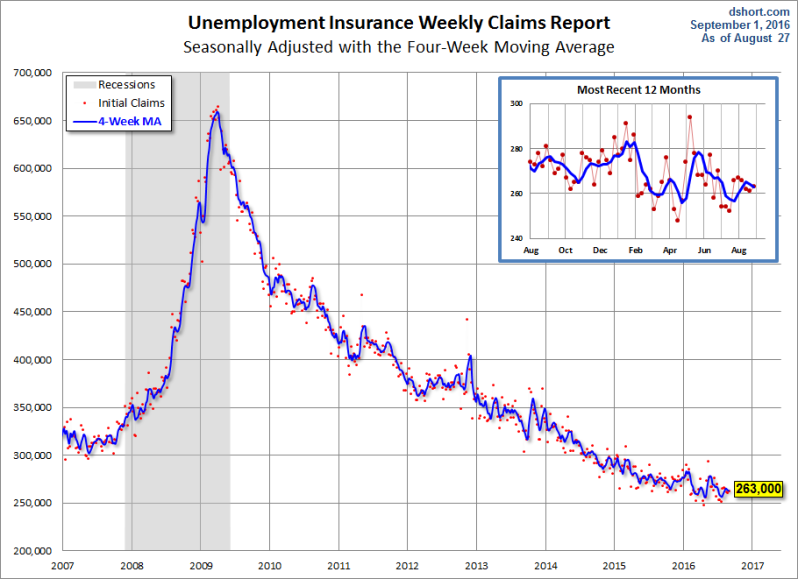 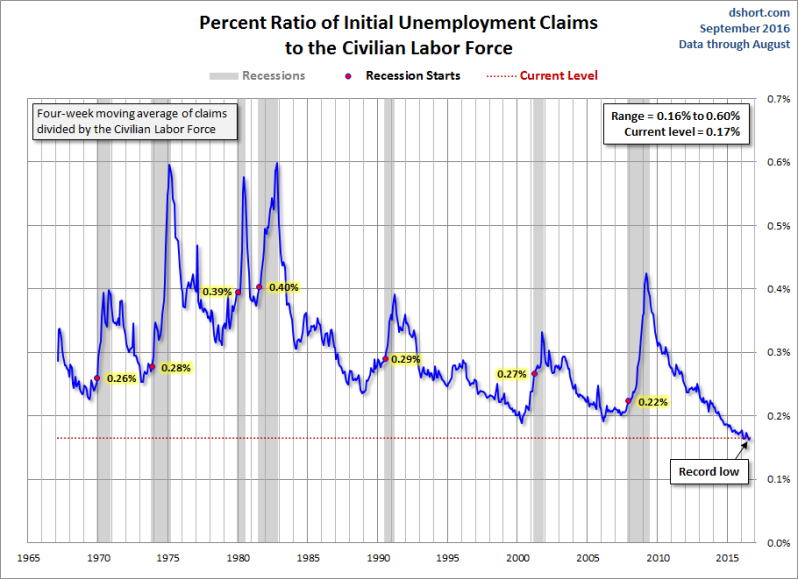 In summary, the economic cycle is getting old and we are going into, possibly, the longest economic expansion on record.  The one caveat is that employment cost is rising and if prices can’t be raised or revenue doesn’t grow, then the expansion may slow.  I would mark this a key data line to look at  moving forward into 2017-2019. 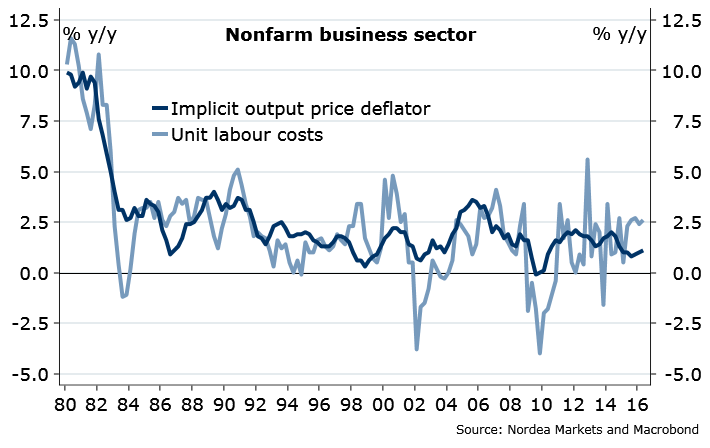 We have been hearing from a number of  economic amateurs in this cycle, calling for recessions every 3 weeks. These rookies have had the single worst 8 years of predicting the economy ever. When one bases economic forecasts on an ideology rather than data and research, this is what happens.  Add to this the “Click-bait” writers who are looking for conspiracy nuts to like their articles, and we have a real mess of mixed messages in the media. Stick with the data miners.

With that said, for any economic cycle, you need to look for the clues that mother recession leaves because like all serial killers she wants to get caught.   She will inevitably leave real evidence foretelling when the next recession will come. There was not such evidence for 2016, leaving the January recession callers embarrassed once again. To catch her next hit, look at  claims, leading economic indicators, inflation, fed rate hikes, and the like.  These are the factors that really matter, not forecasts based tired ideologies prophesied  by those who should have removed themselves from public life long ago.

On a personal note, I will be speaking at the national economic conference,  2016: Americatalyst: Fast Forward in Austin taking place Oct 3o – Nov 1.

I’m excited to be joining a lot big hitters to butt heads and share ideas.  Check out the schedule and speakers.  It should be an excellent conference.
So time to take this show on the road! Thank you all for your support over the years. 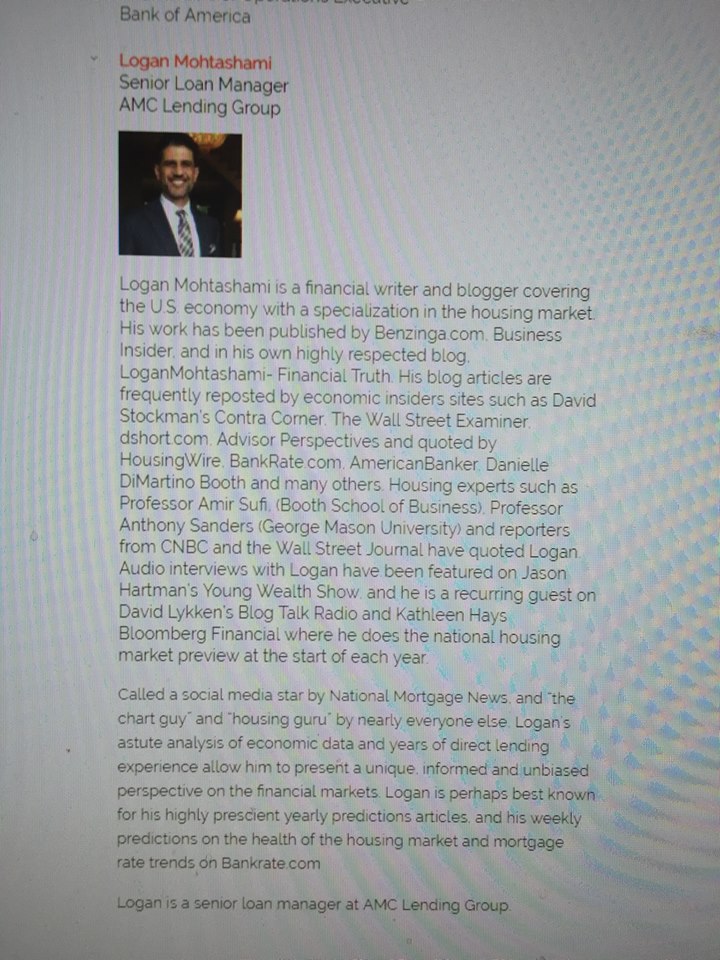