Early in this economic cycle,  one of the more controversial call I made was that the home ownership rate would bottom at 62.2% – 62.7% in this cycle (2008 – 2019).  This prediction was based on three facts: First, demographics during this period supported renting not home buying.  Our demographics were either too young or too old to be in the market to purchase homes.  Second, over 8 million home owners were delinquent on their mortgages and once they lost their home titles would join the ranks of renters – and third, we had a highly elevated level in home-ownership and purchase applications which could not be sustained into a weaker demographic patch for housing that had no more exotic loans to boost demand.

In the last two years some pundits were saying that the 62.2% level of home ownership was too bullish. Today we are 2 years away from the end of this cycle call  and home ownership rate have not gone below 62.2% .  The lowest percentage we have seen so far was  62.9%.

From the data below it appears that  home ownership levels have bottomed and is slowly creeping up from multi decade lows.

As you can see from the chart below,  purchase applications rose with home ownership rates and peaked in 2005 of the last cycle. Even in this cycle when we have over 154,000,000 people working, mortgage rates at the lowest interest rates ever in U.S. history, and we are on pace to have the longest economic expansion on record with the longest job expansion on record, purchase applications are only at 1998 levels. If you took away the historical levels of cash buyers in this cycle, you simply don’t  have enough mortgage buyers to warrant a real unit sales recovery from 2008-2019. 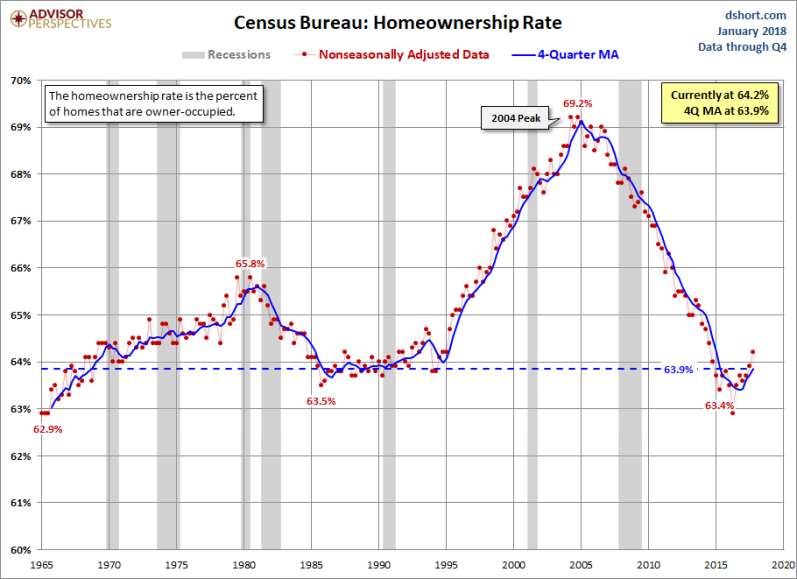 Don’t look for much help from new home sales. This has been the weakest new home sales recovery ever recorded in U.S. history–which also means we have legs to run higher for sales and housing starts. 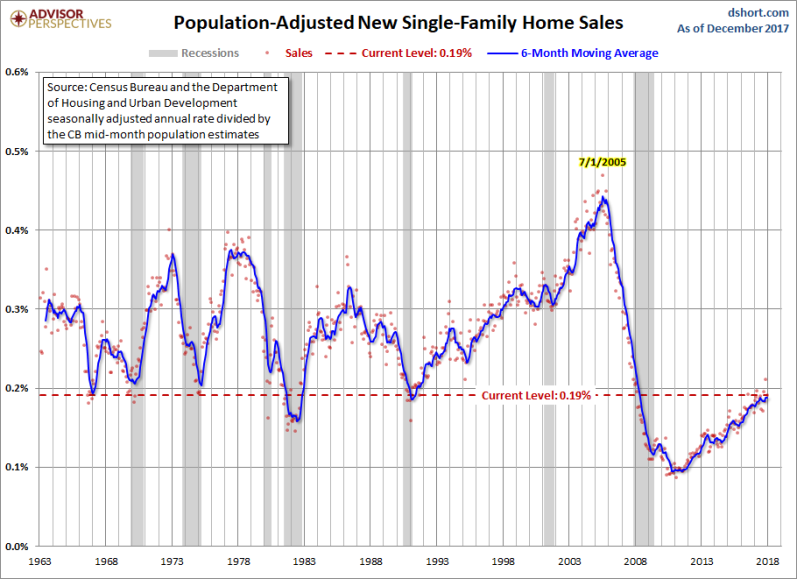 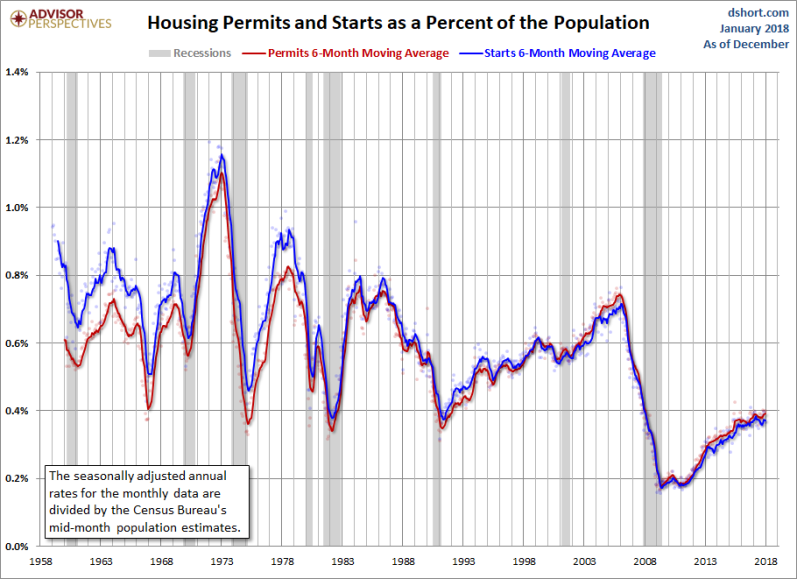 The biggest housing story in America today is that the tenure of housing has basically doubled in this cycle. If you want to see why demand isn’t higher look at household formation (low) , demographics (population is too young and too old) and affordability (too expensive). Folks are staying in their homes instead of moving up.  The tenure of housing could be the biggest housing economic story of our lifetime and it hardly gets any attention.

A quick note on mortgage rates and 2018 Spring demand: Even if mortgage purchase application data shows no growth in year over year demand in 2018,  growth is better than in 2014 when rates were falling and inventory was higher. During that time,  sales were negative, year over year for existing home sales and new home sales had its biggest miss every in U.S. history.  I would keep an eye out of the purchase application data over the next 60 days to get an idea how 2018 will look.

Today we have about 600,000 more homes sales since 2014 and purchase applications are higher now compared to then.  If you hear a lot of bearish talk on housing because rates are higher, keep that in mind. The big demographic push for housing is still a few years away which is unlike 2005 where prime age labor force growth was about to peak.