Today the Bureau of Labor Statistics reported jobs data for September 2018. Payroll jobs grew at 134,0000 which means that the longest job expansion streak continues, now for 96 months. This is double the previous record set in late 1980’s of 48 months. The job numbers  missed expectations but we saw large positive revisions to the reports for the previous two months, bringing those months to 270,000 and 165,000 new jobs.  Job creation in 2018 has beaten my expectations by a lot. This has been one the best job creation years we have had in recent history– especially when one takes into account the duration of this economic expansion and our demographics.  We are now less than one year away from having the longest economic expansion ever recorded in U.S. history.

At the beginning of the year, I anticipated we would create 157,000 jobs per month, at best. Year to date, we are pushing an average of 208,333 jobs per month.  I don’t believe this rate of job creation can last but for now let’s enjoy how well the U.S. job market is doing in 2018.

“The unemployment rate declined to 3.7 percent in September, and total nonfarm payroll employment increased by 134,000, the U.S. Bureau of Labor Statistics reported today. Job gains occurred in professional and business services, in health care, and in transportation and warehousing.”

This a breakdown of the jobs created for the last month. 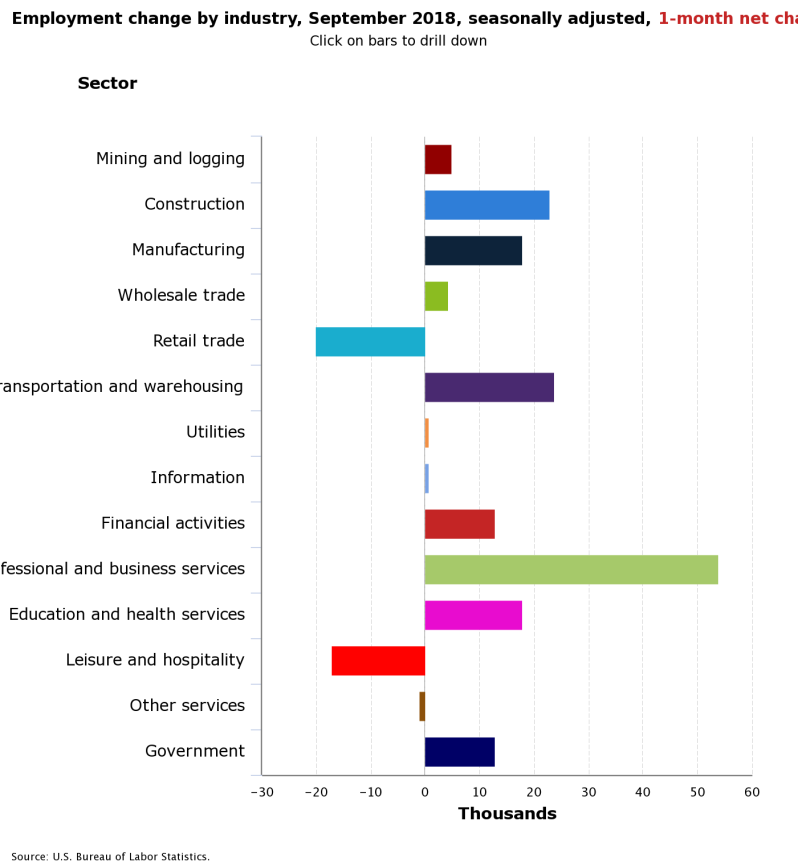 This is a look at the earnings breakdown for the previous month. 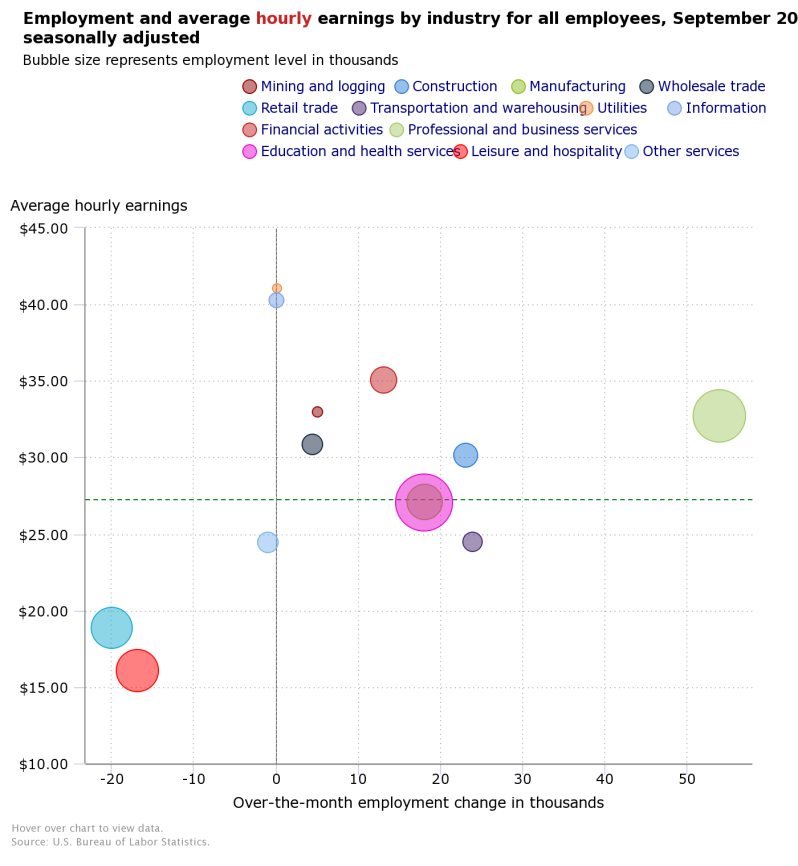 Wage growth is running at 3.8% on a 3-month average and 2.8% on a 12-month average.  As the cycle gets older we are seeing wage growth go above headline and core inflation, which has picked recently.  Back in December of 2017 the 3 month average was running at 2%, but be mindful that this data line is wild month to month and was 3.3% in the last report.

Job growth continues to outperform my expectations. We are producing over double the number of jobs needed for population growth.  This is a solid reflection of our American work ethic, especially considering the duration of this economic cycle.

Today, the U6 Unemployment Rate is still below the pre-recessions lows. 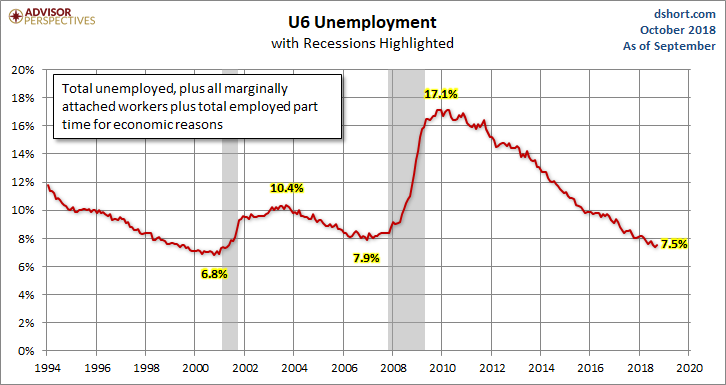 A lot people know me for my housing work and for my very bullish American economic stance. Be reminded how wrong the job bears have been over these last 9 years, with their crazy theories that people are sitting at home for 8, 16, 24 and 36 years instead of working. In reality. most Americans are always working. Even during the worst times of the Great Recession  when we had lost nearly 8.8 million jobs, we had over 130,000,000 people working. These Anti American bearish myths about the job market  have been shown to be false. Working Democrats, Republicans and Independents, from the west, south, east and north, have kicked the bears’ butts!

To my American bear friends who yap nonsense on social media about the supposed 20-96 million Americans sitting at home because we have no jobs, I say this:

-We are in the longest job expansion ever in U.S. history of 96 months with the previous record being 48 months

The bears have failed. Like most American bears since 1790, you lost! 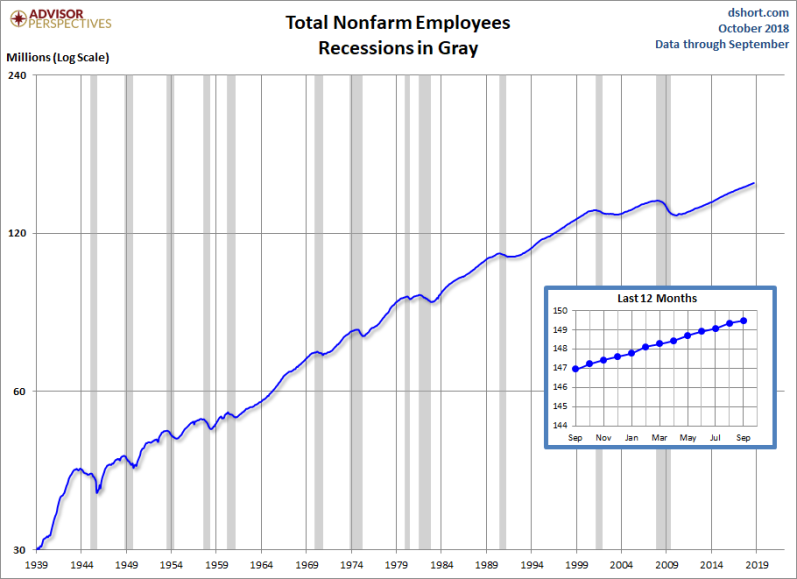 One final note for those in Southern California: I will be part of a housing panel on November 8th in Mission Viejo to talk about the state of housing and what to look for in 2019. 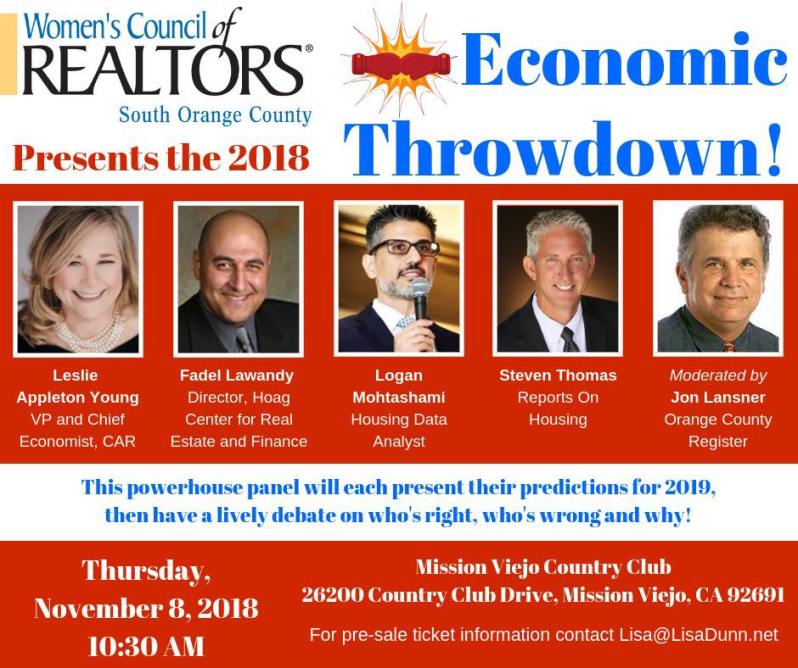