The scale of this virus and its impact on the economy has been parabolic. 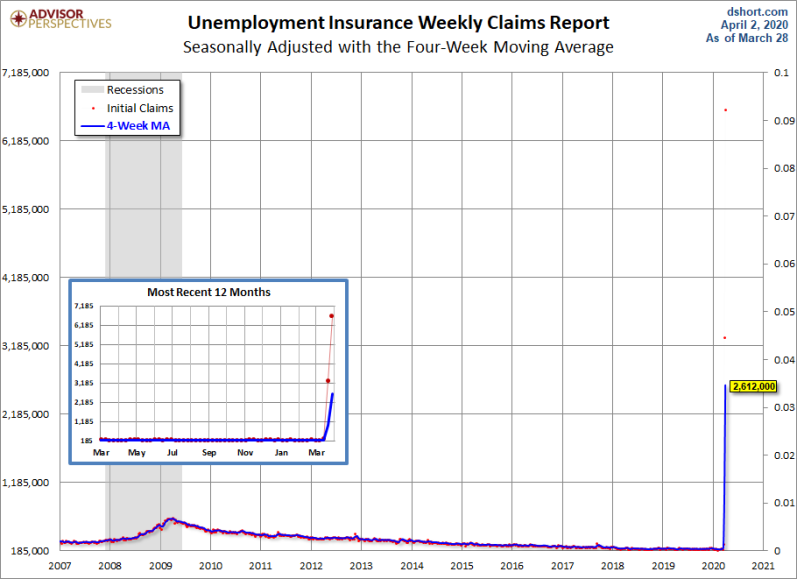 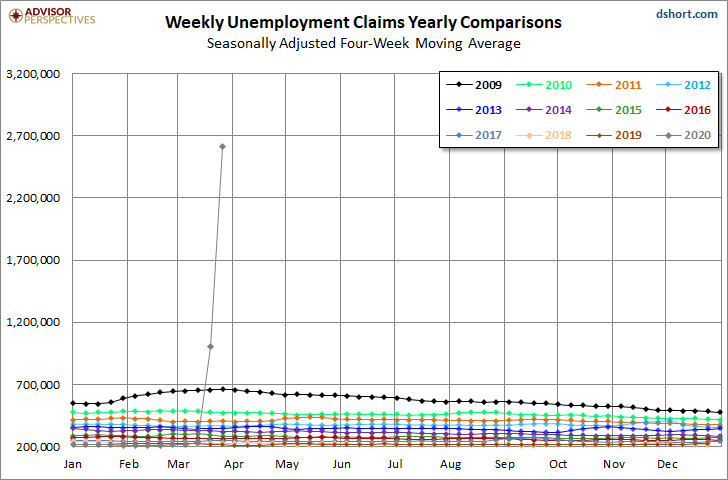 To give you an idea of how much job loss risk, we have if the lockdown protocols lasted many months, this gives you a rough idea of how high the % risk is based on sectors. This is using the 2018 data.

From the St Louis Fed: 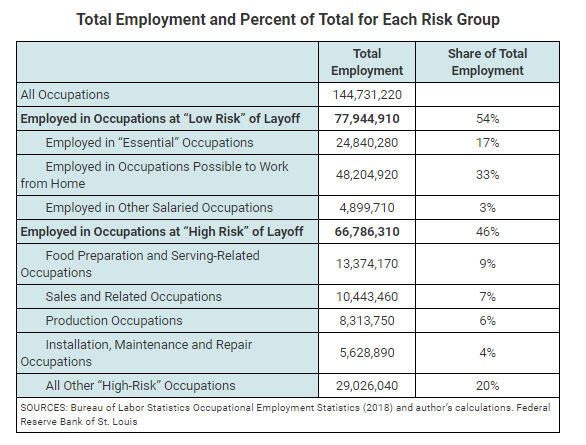 Even with the 6 trillion-plus of disaster relief that is being given to our economy both on the fiscal and monetary side of the equation, no economy can ever perform while we are in lockdown protocols.  Until we see better data vs. the virus, which we should get by May 18th or before, there will be no real easing of social distance policies. Look for more assistance from the federal government and the Fed after lockdown protocols are taken off.  We have a lot of work to do in April, this will be in the history books for sure. However, our country has been through a lot since 1790, not for a second do I doubt that we can’t handle and defeat this virus in time. Also, in time I can move from AD (After the disease) stage to the AB (America is back) stage. Until that date, the virus’s new cases data is going to be critical going out in the future.

Logan Mohtashami is a financial writer and blogger covering the U.S. economy with a specialization in the housing market. Logan Mohtashami is a senior loan officer at AMC Lending Group, which has been providing mortgage services for California residents since 1987. Logan also tracks all economic data daily on his Facebook page https://www.facebook.com/Logan.Mohtashami and is a contributor for HousingWire.