Today the Census Bureau released housing starts data and the numbers came in a little light of expectations at  1,142,000.

These numbers illustrate the theme of  slow and steady growth in housing starts that I have been professing  for many years. We are recovering from an over investment thesis that has stifled affordability but are now slowly pulling out of that muck. Those who expected us to return immediately to the 50 year average of 1.5 million starts were not taking into consideration the demographics changes nor  the over investment thesis in housing in the last cycle.  Due to these factors we haven’t been able to break above the 1.2 million level for some time.

As of now, we haven’t been able to break above the 1.2 million level for some time

Housing starts settle back into the range. 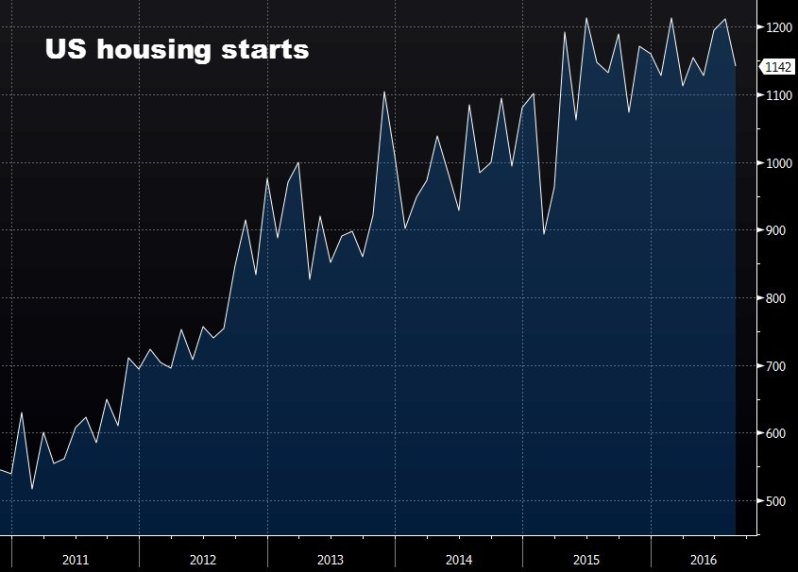 Aside from the lackluster growth  in total housing starts, we have not seen much growth in multifamily construction in 2016, up 0.3% year to date.  In fact the rate of  growth in that sector is slowing. This means that in order for the US to see stronger total housing starts in the  near future, single family  home growth needs to be a much bigger part of the total.
So far single family growth is running at 9.1% year to date 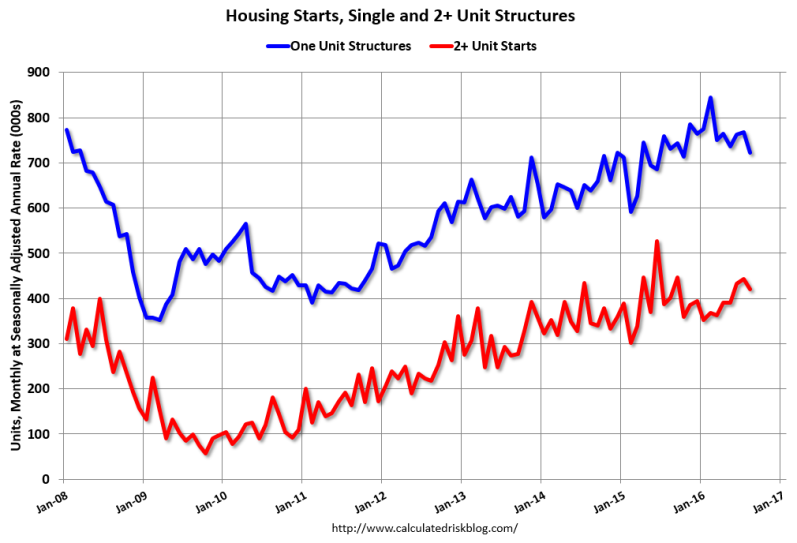 Looking at a 6 month average,  we see that  the rate of growth is slowing, due to the cool down in multifamily expansion, which was previously running at a torrid pace.

Demographics in this cycle are more supportive of a renting profile, as opposed to purchasing, for the  years 2008-2019.  More on the demographic of this cycle can be read here:

Housing stocks are sluggish as well. In June of last year, I appeared on CNBC and said that the builder stocks were over–valued and that Toll Brothers, in particular didn’t provide much value trading above $37.  Soon after that appearance, we saw a correction in the builder stocks, driving some pricing back down to 2013 levels.   In January of this year, I reported that it was time to get back into the builder stocks as these were finally attractively priced. However, today,  even with decent earnings in their recent report, Toll Brothers is still  nowhere close to  the highs of last year when I raised  the caution flag. 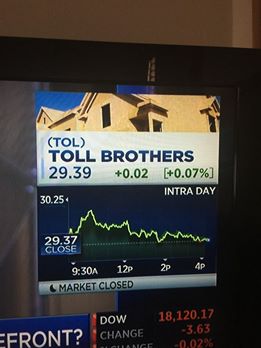 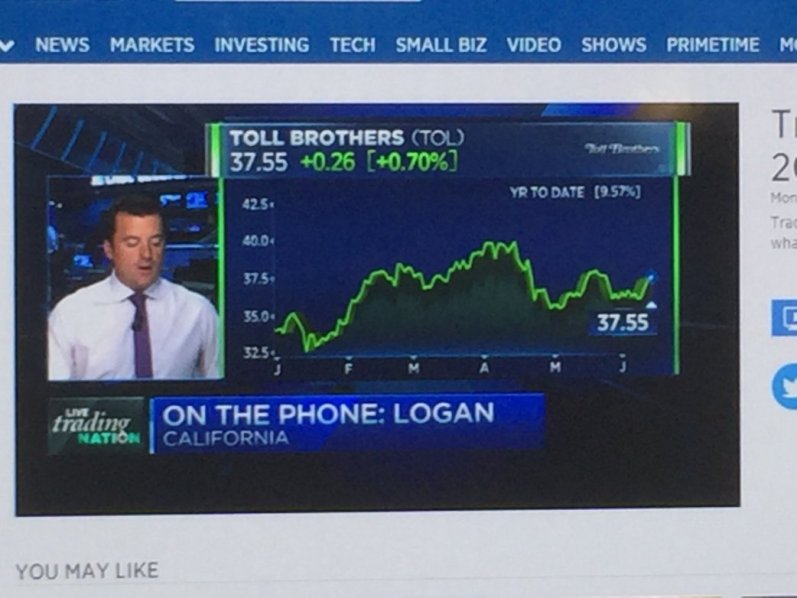 Having said that, be mindful that new home sales are having the best year  in many, not just in terms of higher nominal sales, but also because the revisions are sticking in a positive way. However, the key is that new home sales are very low in historical context and very low considering we are in the 8th year expansion with rates under 5% since early 2011.

I’m excited to announce that I will be speaking at  2016 Americatalyst: Fast Forward,October 30 – November 1st  in Austin, Texas.
My panel will be called WITHERING HEIGHTS: House and Rent Price Projections and will include these speakers.